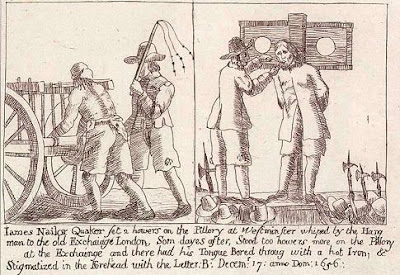 The Tories have come up with a jolly wheeze.
They intend to open up the prisons and allow the wicked, deranged and murderous onto the streets. All in the interests of saving money.

Probation watchdog: serious crimes may be price to pay for cutting cost of justice

Murders and other serious crimes committed by prisoners released early from jail may have to be “accepted” by the public as part of attempts to keep down the cost of the criminal justice system, the probation watchdog suggested.

Andrew Bridges questioned whether it was worth keeping thousands of violent and dangerous offenders locked up for longer than the minimum jail term set by a court just to stop a few of them committing new crimes.

Some reoffending — even if it involved “serious” new crimes — could be the price that society had to pay for trying to cut down on the huge cost of the country’s rising prison population, said Mr Bridges, the chief inspector of probation. While acknowledging that prison reduced crime, he described it as a “rather drastic form of crime prevention” and said it was time to consider dealing with more offenders in the community.

There then. When your wife is raped, your child murdered, your father beaten senseless for his old age pension, that's the "price worth paying" Makes you feel warm inside, don't  it?
Spewed forth by: Harry at 1:51 PM