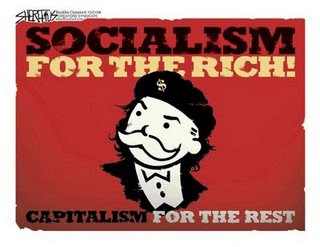 The outcome of democracy. This lesson was learned in Greece and Rome. Once the masses get their hands on the keys of the treasury, thus the keys of power, all sink into a morass of debt, decline and violent revolution.