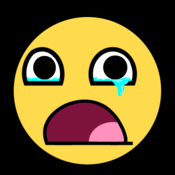 The government is allowing the immigrants in.
Purposefully.
The purpose  behind this conspiracy fact is multi faceted:
(1) To create social strife, allowing restrictive laws to counteract our Magna Charta rights, and subvert the Bill of Rights
(2) To keep wages low
(3) To act as a militia for the government if or more likely when their system should slide into disintergeneration
(4) To replace by displacement - financially, socially, economically - the present indigenous population of Celtic & Anglo Saxon peoples.
Daily Express:
MORE than four million foreign nationals now live in Britain – nearly seven per cent of the population, according to the latest official statistics.
The UK is one of the most sought after destinations in Europe for immigrants. Only Germany and Spain have a larger number of foreign citizens.
In contrast, Poland, Romania, Bulgaria and Slovakia have less than one per centof their populations made up of foreign nationals.
Yesterday Labour’s shambolic immigration policy was blamed for opening the floodgates.
And critics said the official figures for UK immigrants had been “wildly underestimated”.
Figures released by the EU’s statistical office, Eurostat, reveals that 4,020,800 foreign citizens are living in the UK.
More than 2.4 million came from countries outside the EU while around 1.6 million originated from member states.
Figures show that on January 1 2009, more than seven million foreign citizens were living in Germany while Spain was home to 5.6 million – more than 12 per cent of its population.
Britain was followed closely by France and Italy, both with just under four million immigrants.
Last night UKIP party chairman Paul Nuttall said: “Of course Britain is a place where people want to come and live and I would say this is a massive underestimate. The figures are questionable because we do not control our borders.”
Immigration Minister Damian Green pledged to tackle the crisis inherited by the coalition Government.
He said: “This Government is taking a much tougher approach to immigration.
“We will reduce net migration to the levels of the Nineties – the tens of thousands rather than the hundreds of thousands we have seen in recent years.
“And we will take tough action to remove those who have no right to be here by enforcing returns and beefing up the protection of our border with a new border police force.”
The latest figures were published as the Government revealed it cost taxpayers £28million last year to deport failed asylum seekers and immigration offenders.
More than £10million was spent hiring private jets and a further £18million on scheduled flights.
A total of £109.9million has been spent on flights deporting illegal immigrants from the UK over the past five years.
The latest figures, released by Mr Green in a parliamentary written answer, were higher than at any point since 2005, when the Government spent a total of £17.2million.
A total of 67,215 people were removed or departed voluntarily from the UK last year, down one per cent from 2008, Home Office figures have revealed.
Express.co.uk - Home of the Daily and Sunday Express | UK News :: Britain now home to 4 million immigrants
Spewed forth by: Harry at 8:08 PM