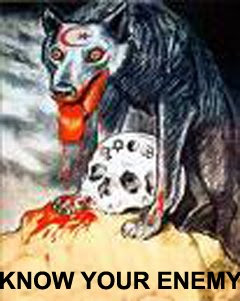 Immigration  is a curse across Europe. From the Arctic Circle, to the Mediterranean, from western Ireland to the Polish border. Sweden is in the news today, but it will be another nation hauled over hot coals for not grovelling to some little savage in his or her demands.

There are no "good" or "bad" immigrants, the fact is that they should not be here. There should be o Mosque in Stockholm, no Eastern European Roma camps in Cambridgeshire, no Somali communes in Barcelona or Algerians in the suburbs of Paris. However: the rest are nothing - mere parasites on the body politic - in comparison to the followers of Islam, and I shall focus upon them, for they are the greatest physical danger Europe faces. 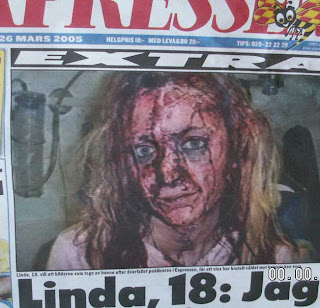 15% 0f Sweden's population is alien in birth, so, therefore alien in culture. Tens of thousands of them are Moslems,  whose ideas of decency, humanity and law are vastly different from the average Swede or Englishman.

"Anti-Islamic sentiment and concerns over immigration levels have appeared at the centre of many far-right political campaigns, leading some to believe that the threat of terrorism and a perceived "clash of civilisations" between Islam and the West is driving the resurgence of the right." [link]

Europeans are the most open, decent people on the planet. We gave away our Empires, out technology and trillions of pounds of charitable donations to anyone who asked. We have opened our nations to virtually free immigration from the third world, and given them lifestyles through social welfare schemes that their grandparents could only have dreamed of.

We have even changed our laws and customs for them:


A Mail on Sunday investigation - which will alarm anyone concerned about animalhttp://allaloadofbollocks.blogspot.com/2010/09/rise-of-europes-far-right-in-depth-al_7089.html cruelty - has revealed that schools, hospitals, pubs and famous sporting venues such as Ascot and Twickenham are controversially serving up meat slaughtered in accordance with strict Islamic law to unwitting members of the public.

All the beef, chicken and lamb sold to fans at Wembley has secretly been prepared in accordance with sharia law, while Cheltenham College, which boasts of its ‘strong Christian ethos’, is one of several top public schools which also serves halal chicken to pupils without informing them.

Even Britain’s biggest hotel and restaurant group Whitbread, which owns the Beefeater and Brewers Fayre chains, among many others, has admitted that more than three-quarters of its poultry is halal.


He cut a smart figure in his grey suit and crisply ironed shirt. The 6ft tall Sohttp://allaloadofbollocks.blogspot.com/2010/09/rise-of-europes-far-right-in-depth-al_7089.htmlmalian bowed to the judge, calling him 'Sir', before begging for his wife, Fatima, and their teenage son to be allowed to stay in Britain.

Fatima, with a black khimar veil covering her hair and shoulders, sat quietly next to her husband.

In her late 30s and wearing open sandals, she lowered her dark eyes as the details of the unconventional life she and her husband, Abdi, led in the West London suburb of Shepherd's Bush unfolded at a busy immigration court.

The judge listened in silence. Perhaps he knew from past experience what was coming next. Abdi went on to reveal that Fatima was not his only wife.

Indeed, he was a self-confessed bigamist who had a second, much younger wife and a 13-year-old daughter by her. They both lived nearby.

'I visit them regularly,' said Abdi, 51, who arrived in Britain in the 1990s and works in an old people's home. 'I have done nothing wrong. In Somalia, it is normal to have two wives - even three or four. Fatima is still my wife and she should not be deported.'

He was unable to produce wedding certificates or valid official documents to prove where, or when, he had married both women, therefore raising questions over the validity of the unions, under either Somali or British law.

Yet his story, unravelling at an ordinary weekday hearing at Taylor House, an asylum appeals' centre in North London, is just one example of the growing phenomenon of multiple marriage in Britain.

Officially, such unions are punishable by up to sPrevieweven years in prison. They were first declared illegal in England and Wales in 1604, when the Parliament of James I took action to restrain 'evil persons' marrying more than one wife. Parliament ruled that anyone found guilty of the crime would be sentenced to death.

In the four centuries since, bigamy (having two wives) and polygamy (more than two) has been frowned on by the state, the Church of England and the Roman Catholic Church.

Yet it is clear that officialdom is turning a blind eye to such marriages.

A recent review by four Government departments - the Treasury, the Work and Pensions Department, the Inland Revenue and the Home Office - has concluded that 1,000 men in the United Kingdom are now polygamists, although some say the figure is higher.

A father and his 10-year-old son were turned away from their local swimming pool because it was a session reserved for Muslim men only.

David Toube, 39, was taking his son for a swim when the receptionist told him he could not go in as he was the wrong religion.

When he demanded to speak to the duty manager, he was told that the only way he could go in was if the Muslim men in the pool agreed.

Although the Muslim-only session was widely advertised, Hackney Council, which runs the Clissold Leisure Centre in Stoke Newington, north London, claimed its staff had made a mistake.

Mr Toube, a corporate lawyer, wrote about his experiences under his blog name David T on a political website, Harry's Place.

'I arrived at the pool to discover that they were holding what staff described to me as 'Muslim men-only swimming', Mr Toube wrote.

And the result of this? We have tens of millions of hate-ridden, violent and abusive Moslems within our midst. The more we change, the more the Islamics scream for more change. The more we change the laws and customs of our lands, the greater the clamour for Sharia Law.

Frankly I'm not surprised that people are voting for Nationalists across the nations of Europe. People are slowly coming out from the anaesthetic they have been under for the past sixty years.

They have begun to see  their folly. They have realised that the great "Brotherhood of Man", so heavily propagandised by the Communists and their fellow travellers in the organised churches and liberal press, for the perversion of truth that it is. Integration and Multiculturalism could never work. Islam, like Leninism and Trotskyism, comes in 57 varieties, all unfit for human consumption.

Europeans across the world, I think, may just have had enough. As the economic woes of Europe that we have been connived into, through "Free Market" economics built on Usury by the Powers That Be, rapidly fall apart, more will turn away from the consensus parties and toward people and organisations that will bring an end to the immigration lunacy.