There's something bigger with Murdoch than a few hurt feelings.

NB I detest Murdoch, the Sun and Fox news, but my likes are not the point of this post. 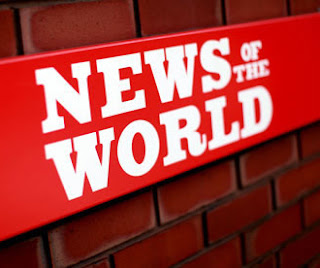 Before we all die of laughter from the predicament that Rupert Murdoch has landed in, we need to consider the news behind the news.
There is something more than meets the eye with this whole business. Murdoch has not only met with woes in his UK operation, but Fox News has been on the receiving end of a concerted campaign from, amongst other groups Media Matters, a gang of strident communists surrounding Obama and his Jewish handlers in Washington DC.
Who stands to gain from this?
(1) The Trinity Mirror group, which owns the Indie and Daily/Sunday Mirror. The Sun (formerly the Labour supporting Daily Herald) has crushed all competition, and took the best selling tabloid spot from the Daily Mirror in the seventies, and unmoveable after that.
(2) The BBC, whose only REAL (Richard Branson's "Virgin" cable network is inured in debt) competition IS Rupert and News International/News Corps. Because of the way in which Satellite TV was set up in the UK, there was virtually no competition to Sky. Only the BBC, with a licence fee, can compete on any sort of real equal level, but as with the old ITV, finds it hard to compete for viewers in light entertainment, sport and popular drama.
(3) British Telecom, originally barred by Thatcher in the eighties from providing televisual services, has struggled to get "BT Vision" taken up by the viewers, because it relies on "Freeview" (crap) and Broadband Internet (crapper) . 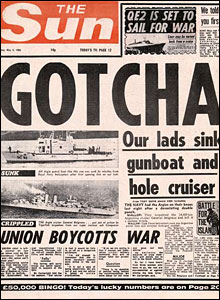 Ah, BT Vision. Avoid it like the plague is what i say. I had been a BT customer for phone and broadband for two years, it became overpriced so i called to cancel and they offered me BT Vision box, new Home Hub and first 3 months free to convince me to stay. Now the only thing i'd want BT Vision for is Setanta Sports (see my comment in the "Me V Setanta" thread) as i cant receive Setanta Sports where i am. I said to BT over the phone it's only any use to me if the signal for it comes down the Broadband Line, and not down the ariel. I was assured multiple times categorically that the signal comes down the Broadband line and would work fine.
[...]
I went with Sky after this for my Broadband and Phone, as ive had SkyTV for 5 years and never had a problem. And they've been great. They've done exactly what i asked them to do. Very simple isnt it?
But BT cant manage this.
http://www.consumeractiongroup.co.uk/forum/showthread.php?191870-BT-Vision-problem-fast-help-needed

(4) In the US, Murdoch has offered the only real alternative to CNN, ABC, CBS, MSNBC, the liberal print press and talk radio. His conservative/neo-con "Fox News" company wipes the floor for viewers with many of the liberal providers. The Communists are cock a hoop.
(5) Obama, his Jewish handlers and the Democratic party in the US, whose bete noir has been Fox News.
Within British politics, the fall of Murdoch, you will note has been greeted like children view Christmas. All three main parties have for thirty years lived in fear of Murdoch, and they smell blood, and suddenly have become incredibly brave. 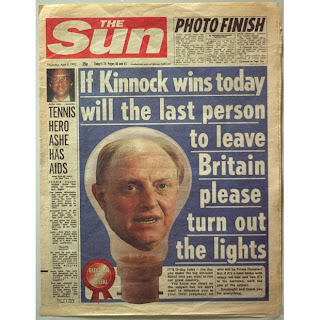 The Guardian is cock-a-hoop.
The Indie is enraptured.
The Mirror is at a near orgasm.
So now, without Murdoch, we have the end of the false dichotomy, the fake paradigm, and the real start of the Liberal-Fascist-Communist state, where there will be an official line, we'll all just hear the same message, attuned only to class, economic status and race, but for all intents and purposes, identical.
This is no victory for the White folk of this country. Whilst the Murdoch empire existed, strong and a real force, it restrained - to a large degree - the Reds. That's going, and I expect the deterioration of nation, economy and society generally to gather momentum .
And there is no organised White, nationalist organisation to exploit this, so it's worthless to us.
Hooray. 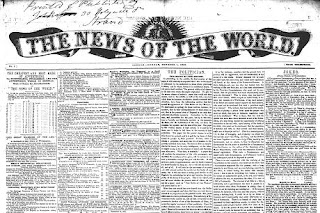