The BP stuff, is it for real? Will it affect Britain? 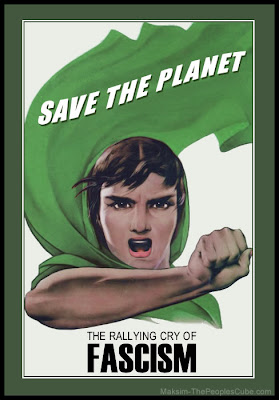 Meanwhile, the June 8 Houston Chronicle reported that just three days after the Deepwater Horizon explosion, the Dutch government offered to deploy oil-skimming booms and to build sand barriers to protect sensitive marshlands in the Gulf. The Obama administration inexplicably declined such assistance.

Seven weeks later, the Obama administration finally swallowed its pride and accepted Dutch help. By that time, however, the oil spill had long since passed the point of feasible containment.

“What’s wrong with accepting outside help?” an exasperated Visser asked the Chronicle. “If there’s a country that’s experienced with building dikes and managing water, it’s the Netherlands.”

“Even if, three days after the rig exploded, it seemed as if the Dutch equipment and expertise wasn’t needed, wouldn’t it have been better to accept it, to err on the side of having too many resources available rather than not enough?” the Chronicle observed.

A key reason the Obama administration refused vital help from other nations was the application of the Jones Act, a 1920 law designed to revive the U.S. economy after World War I, which requires all work ships in U.S. waters to be domestically built and employ a crew comprised solely of U.S. citizens. President Bush waived the Jones Act to accelerate the federal response to Hurricane Katrina, but President Obama declined to waive the Jones Act in response to the Gulf Oil Spill.

“The Act is preventing the world’s best clean-up ships and experts from helping to eradicate the oil spilled in the Gulf of Mexico,” reported the June 14 Miami Examiner.

Why, Obama, if not to further an obscured, hidden purpose?

Whatever else, it is true to say that the result of the rig explosion has caused more than leak of oil:

Just as the Climate Change psychopaths were showing to be bullshitters, isn't it strange that this should happen. Discussion of the nationality of Obama? Nil. Demands for action of the national & world economic situation? Zilch.

Now from the above videos,  if 10% of it is true,millions are likely to die, both from the death of sea creatures causing massive famine in the third world, and the green fascists -recovering from the collapse of climate change ideology -  reducing the world back to the middle ages, into some "traditional"(i.e the doo-lally loopy end of the Vaticanists)  Roman Catholic inspired  (and absorbed/mainstreamed  into the modern pantheistic & pagan New Age movement)  dark ages serfdom. This sort of crap. Just Communism, dressed in the garb of Clerical Fascism, and will ultimately either kill us all or destroy what is left of the economy before the peons arise.

The truth of this matter will be seen soon when the state licensed beggars start coming out of the shadows in the near future, on a street near you.

World food stocks are likely to be in short supply. Britain imports 50% of it's present food supplies. It will affect us. Badly.

Do you trust the government to organise a proper relief effort? What existed in WW2 - the Salvation Army, YMCA, Red Cross, St. John's Ambulance - all but gone. The churches are busted, nothing there then. Fancy getting your ration from the Mosque?

Buy in some pulses, corned beef, tinned veg, cooking oil, and, perhaps, something to cook it on. I'm buying a paraffin stove, and 20 litres of fuel. A water filter (a proper one, not a Brita) may help too.
Spewed forth by: Harry at 2:26 PM