Here come the tax rises - the poor to bail out the rich.

So it starts. The chit chat is over, now we are to bail out the banks. This isn't going to stop, it will go on (at least seemingly) forever.
VAT is to rise to twenty percent.
Value Added Tax is the creation of the EU.
It's why we didn't have VAT in Britain until we joined the European Economic Community.
VAT is a punishment on the poor for their poverty, taking no account of their ability to pay, or wealth, just the price of the goods.
It is redistributive, in the sense that the wealthy spend proportionately LESS on the purchase of GOODS and SERVICES than the POOR. 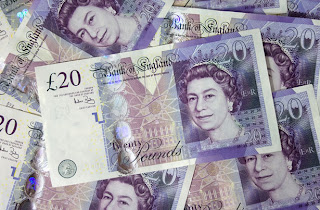 The Treasury is considering repeating the 5 per cent increase in alcohol duty imposed in the March Budget as part of a tax-raising package to be unveiled by George Osborne, the Chancellor, next week.

The emergency budget is also likely to see VAT increased from its current level of 17.5 per cent as ministers battle with Britain's huge £156 billion deficit. A VAT hike – possibly up to 20 per cent – would also hit drinkers in the pocket.

Last night industry leaders claimed drinkers had been "punished enough". The duty paid on beer and wine has risen 26 per cent since the start of 2008, while for spirits it has risen by 22 per cent.

However, the overall tax "take" from alcohol fell £730 million, from £15.117 in 2008 to £14.386 billion, in 2009, according to duty bulletins from HM Revenue and Customs (HMRC) and provisional figures for total alcohol expenditure from the Office for National Statistics (ONS).

Another five per cent duty rise in the budget combined with an increase of 2.5 percentage point rise in the rate of VAT rate would put 19p on a bottle of Hardys VR Chardonnay, taking the wine's price to £4.74, while a bottle of Gordon's gin would rise 65p from £13.15 to £13.80.

The warnings of price rises came as Treasury sources told The Sunday Telegraph that ministers could come under ever greater pressure to put up taxes and identify swingeing spending cuts after new forecasts are published this week.

Tomorrow, the new independent Office for Budget Responsibility (OBR) will publish revised growth forecasts which most experts believe will be sharply lower than the Treasury's current prediction of a 3.25 per cent for 2011 and 2.75 per cent for 2012.

Here, however is a pointer to the future:

Newly elected Tory MP Sarah Wolleaston, a Devon GP, has said ministers should examine the evidence from other countries that setting minimum prices "disproportionately reduces the intake of high-risk groups".

She added: "There is no doubt it would be initially unpopular – people would say it's the nanny state and it's not what government should be about.

"But if the Government took the brave step of introducing a minimum price, in five years' time people would see there had been a major difference."

The British Medical Association has suggested a rate of 50p per unit of alcohol, which could mean a pint of medium-strength beer costing £1.14 (MORE ed.) and a bottle of wine £4.50.

The good times have gone.
We are to be slowly impoverished.
THIS is the moment that we can be pillaged for whatever asset we can hoard away, forced as we shall be to spend everything we have on day-to-day living.
This period in which we live - now - is the moment that the wet dreams of the Thatcherites, "Free Marketeers", Victorian dreamers & fantasists come to pass.
And sadly,  it's also the very time in which the poor sods who believed that "socialism", the Labour Party version of it,  will slowly realise it is is dead as an ideology.
If you're doing well, then OK you'll most likely be  fine. However - the abyss awaits for those who fail.
Go and buy some home brewing kit if you like your beer. If you like it in the pub, or cheap from Tescburys or Sainsbros, it's being priced out of your hands as we speak.  Wilkinsons offer a nice range, at a reasonable price.
Spewed forth by: Harry at 12:44 PM