I haven't found a conspiracy theory I didn't think about. 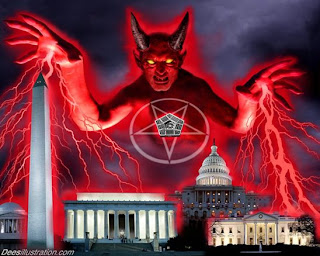 There are conspiracies everywhere.

Most of us have been duped. The vast majority of Roman Catholics and Jews are as dumb a group of sheep as 99.9% of Freemasons, Pagans/Wiccans, Socialists, Libertarians. Reading The Guardian is a good indicator of stupidity, but not foolproof. The Jesuits, Zionists are really wolves in sheep's clothing, just as the chap in the first video above says. There is no "one group" who is to "blame" , they are merely exoteric facets of the esoteric - unseen - invisible hand controlling events.

The reality is that Jesuits, and Zionists, Freemasons, all believe in the same thing: they are Luciferians : they are Humanists. They gained control of Europe in the Enlightenment, and it is why we are where we are today. They are not Jews, Or Roman Catholics, or Protestants, even if the claim to be so: those ideologies are in their eyes, for the profane, the temporal, the stupid sheep (they are not interested as to whether there is any truth in them either, they have their own truths).

Now, we know that all of the major political parties, plus the Green Party, are all the same, just dressed differently, like shop dummies in the department store window.
We know that the system is rigged to keep the scum who sell their soul for thirty pieces of silver - professional "Politicians" are worthless. They are puppets.


Democracy in the modern, bourgeois sense, is worthless. The moment those from outside the political grid come close to power, the mechanisms they planned to use, once in their elected places, are destroyed and new ones substituted.
The most that we can hope to achieve from the electoral system is to awaken people, to recruit people into some form of alternative structure, eventually bypassing Parliament, and allowing it to decay.
Successful revolutions require less than 15% of the people to take a stand. It's deciding what that stand is, that's the problem.