Afghan refugee pupil misses university place - despite five A grades and one A* . I just don't care. 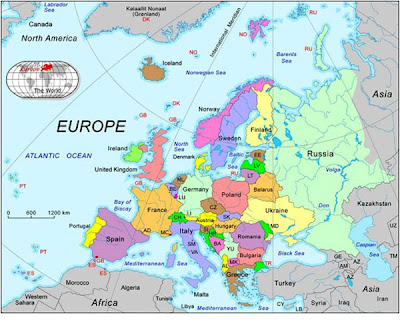 Hint: Britain is the ISLAND behind France Belgium and Holland, next to Norway.Can you see Iran? That's near where you're from. You could have gone to Turkey, Albania, Ukraine, Moldova, Greece.... Israel, Cyprus, Malta...
Yes, that's right. Britain, being an island, needs to be arrived at from another destination. Like France. But of course France and many other countries don't want you do they? France is allowed to dictate who it takes, and, as you wanted to be in Britain anyway, well, you're here.

I am not interested in any sob stories, hard lives, difficult circumstances.

I just don't care. Go home. Go back to Afghanistan. Go and live the life you were meant to, for good or ill. You are stealing resources from good, decent white indigenous people whose ancestors slaved and sweated for Britain to be what it should be today. The schools, houses, and workplaces were not - never were - built so that you and your fellow Islamists could vomit into the United Kingdom and change our homeland.

And that's the truth: there is a conspiracy amongst the Elite to replace the British people - white people - with others, and I will not stand by and watch this conspiracy played out - the theft of Britain from it's people, treason by any standard.


A Teenager who fled war-torn Afghanistan three years ago has failed to win a single university place despite achieving seven A and A* grades at A-level.

Rohilla Maarij, 18, had been learning English for just two years when her family escaped the Taliban and claimed asylum in the UK.

She learned on Thursday that she had achieved an A* in maths and six As in biology, chemistry, physics, further maths, Persian and Urdu at William Hulme's Grammar School, a city academy in Manchester.
Read more: http://www.dailymail.co.uk/news/article-1304741/Afghan-refugee-pupil-misses-university-place--despite-A-grades-A.html#ixzz0xEb4YTwY