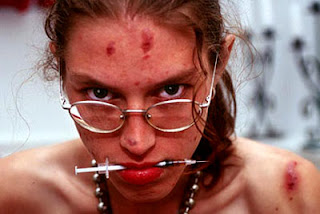 Only the worst kind of white, self hating liberal would disagree with this.

The drug dealing and usage is a moral and social hazard. Punishment of drug dealing by the death penalty, and restraint and containment of junkies until they are clean.

People dependent on drugs and alcohol who refuse treatment could have their welfare benefits withdrawn under plans being considered by the Home Office.

The idea is in a consultation paper on the government's drug strategy for England, Wales and Scotland.

The proposals also suggest that addicts on benefits should not be required to seek work while receiving treatment.

Some experts have suggested that withdrawing benefits could lead addicts into crime and prostitution.

The Labour government intended to carry out pilot schemes this year to get drug users into work.

Under the plans, addicts who failed to attend a treatment awareness programme would lose welfare benefits.