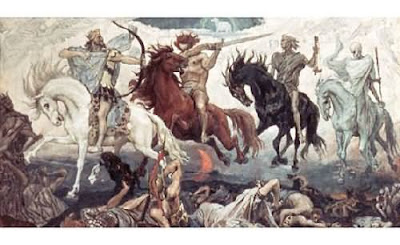 As engineering and manufacturing, the real core of any economy, was sold off at cut price and asset stripped by the government, from the mid nineteen sixties through to today, people who saw their jobs shipped to Asia and South America, jobs had to be found.

So, successive governments just spent more money, and employed more people, in the public services. Then as those companies who supplied manufacturing and engineering found their order books dry up, they realised that they could bleed the tax payer dry when supplying things essential to the operatio ofcolleges, schools and such like. And the government was happy to see it.

These policies have bled the system dry.  Millions now work either in, or supply, the public service. Everyone else works in supermarkets and burger bars for minimum wage. There's no money left, the banks are raping and pillaging the last few assets, and will soon relocate.

The end is near friends.

Every year, the NHS spends £500 million on orthopaedic equipment, but according to one insider they are being completely ripped off. In a damning expose, a medical sales rep, under the cover of anonymity, talks to VICTORIA ­LAMBERT about the used-car-sales ­tactics of ­companies which make millions from the NHS.


The NHS needs to save ­£20 billion in the next four years, according to the British Medical ­Association — yet in all the debate over which operations are at risk and whether we can afford new cancer drugs such as Avastin, there is one solution which could save the health service ­millions of pounds without costing a job or ­delaying treatment.

What could be so simple that politicians, ­doctors, managers and the public haven’t already considered it? Well, just this: the NHS needs to learn smarter shopping.
At the moment, most health trusts ­squander ­a fortune paying deliberately over-inflated prices for surgical supplies, each trust ­spending between £3million and £4million a year on ­orthopaedic supplies alone — money that could be saved overnight if managers just got together and agreed to flex their vast ­purchasing power and demand lower prices from the companies which produce the goods they need, or by being more rigorous in their decisions over which product to buy.
In B&Q they cost 20p. So why does the NHS spend £99 for a screw to put in your hip? | Mail Online