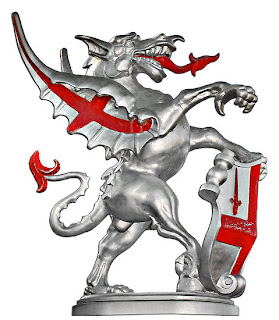 This filthy little spiv is back again, I see. Many may have done, but I haven't forgotten how you grimaced and leered over the destruction of the British economy in the nineteen eighties, you piece of scum.
You condemned millions to unemployment, destroyed the family unit, and handed national assets to your international globalist friends  in the City of London and further afield, worth billions of pounds, for a fraction of their value.
I can only assume you've come for the final violent rape and beating before you cut our collective throats. I can't see any other use or purpose for you.

The Tory grandee has been appointed as a trade adviser to the Coalition Government, working closely with Vince Cable, the Business Secretary.
Lord Brittan, 70, who resigned from Mrs Thatcher's Cabinet in the wake of the Westland Affair in 1987, will feed into a White Paper on trade strategy due next year.
His post will last just six months, starting from September, during which time he will take a leave of absence from UBS, the investment bank of which he is vice-chairman.
Mr Cable said: "Lord Brittan will help develop the agenda to promote the UK as a great trading nation, wanting to see free trade and open markets around the world. He will provide valuable insight as we develop an overarching trade and investment strategy across Government."
Lord Brittan, who also served as Home Secretary under Mrs Thatcher, spent most of the 1990s serving on the European Commission, where Nick Clegg was one of his aides.
Although highly respected, Lord Brittan's appointment will be seen as a failure on the part of the Government to find a full-time Trade Minister.
The former incumbent, Lord Davies, the former boss of Standard Chartered, is thought to have declined an offer to stay on. Others reported to have been asked include Sir Stuart Rose. Mark Prisk is acting Trade Minister.

NB: In the United Kingdom, a spiv is a particular type of petty criminal, who deals in stolen or black market goods of questionable authenticity, especially a slickly-dressed man offering goods at bargain prices. The goods are generally not what they seem or have been obtained illegally.

NB: From Wikipedia:   Leon Brittan was born to parents of Lithuanian Jewish extraction, and was educated at the Haberdashers' Aske's Boys' School and then Trinity College, Cambridge (where he was President of the Cambridge Union Society and Chairman of Cambridge University Conservative Association) as well as being a contemporary of Nobel Prize winning economist Amartya Sen. He started his career as a lawyer.
Spewed forth by: Harry at 4:30 AM