Gutless self hating White people are the problem. 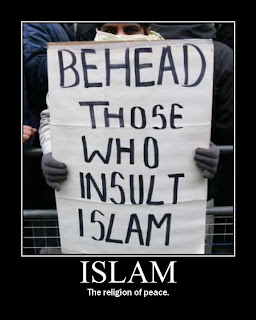 I am sick of immigrants, irrespective of colur, religion or race. You all make me spew. You come here, pleading your need for help, and the moment you get here you can't wait to spew hatred, violence and your barbaric mediaeval religions.

None of you have an ounce of gratitude the moment you get the first fat welfare cheque. You are rewarded for your status, and even when there are laws to stop the welfare circus, the communists in Europe, who control the legal system, step in and change the laws.

But however sickened I am by greedy, violent, savage immigrants roaming the streets, screwing the taxpayer  with implicit threats of violence if they don't get their way, it's nothing compared to the millions of self hating, gutless white sheeple who are willing to whittle on about immigration, foreigners etc., but are unwilling to do anything to remove them.

Britain’s fast-rising population is now close to 62million, the latest count showed yesterday.
Numbers of people in the country went up by 394,000 to reach 61,792,000 by the middle of last year, the Office for National Statistics said.
The increase of 0.6 per cent on the previous year means the population has been rising at the same rapid rate since the Millennium, mainly driven by high levels of immigration.

You self centered Daily Mail reading bastards are willing to talk in huddled groups, with friends, quietly in kitchens and living rooms. But the moment you have an opportunity do do something - what? Nothing. You'll just keep paying the blackmail payments.

MAVERICK Libyan leader Muammar Gaddafi provoked outrage last night by demanding £4.1billion a year from the EU to stop illegal immigration “turning Europe black”.Colonel Gaddafi, in a speech in Italy, claimed his country needed the money for security measures to stop thousands of Africans heading across the Mediterranean.Gaddafi’s remarks, dismissed as blackmail last night, came on the last day of a two-day visit to Italy which had already sparked controversy when he urged all Europeans to convert to Islam and lectured 200 models and actresses on the Muslim faith.In his farewell speech in Rome, the 67-year-old dictator said: “

Italy needs to convince her European allies to accept this Libyan proposal: five billion euros to Libya to stop illegal immigration. Europe runs the risk of turning black from illegal immigration, it could turn into Africa.“We need support from the European Union to stop this army trying to get across from Libya, which is their entry point. At the moment there is a dangerous level of immigration from Africa into Europe and we don’t know what will happen.“What will be the reaction of the white Christian Europeans to this mass of hungry uneducated Africans?“

We don’t know if Europe will remain an advanced and cohesive continent or if it will be destroyed by this barbarian invasion. We have to imagine that this could happen but before it does we need to work together.”


Millions are living in substandard accommodation, or are homeless. Millions of others are working like dogs in poorly paid employment being bled white for taxes.


And yet millions of third worlders will be given free rein to come, live and bleed Britain dry.


Britain is of course not alone in this surrender. Sarkozy, the French government leader, has recently been shovelling the Gypsies back to Romania, because millions of French people are appaled at the behaviour of these people and what happens? White people bumble around, talking about brotherhood and racism. Useful self hating idiots of the New World Order to a man and woman.

When dictatorship comes to Britain, it will not be because the Communist-Fascists have millions of members, but because you white self haters were too scared to have an opinion.
Of course, I bet you'll all be whining still, won't you?