F*** off back to Africa if at any time you are unhappy here, don't feel you need to stay.


Cheeky bitch comes to Britain from a third world shithole, get all the aid and assistance she had no REAL entitlement to have – as she was not born here – and has been lathered with welfare benefits, housing and any assistance she demands, and her gratitude is non existent. 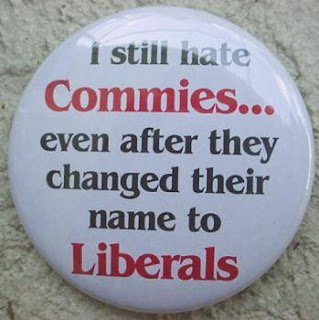 The third class white people, the stupid, self hating, gullible liberal people, who are destroying themselves through their subsidy of southern hemisphere savages, haven't done enough for her.
No matter what has been done, she screams for more.
Here's a hint, Ms. Strike, they don't like you because you're an immigrant, not because you're disabled. They are too gutless to tell you, but the average white man and woman – deep down – are sick to death of you and your people from Africa, from the third world.
They are sick of being told they are haters, bigoted, and discriminatory: after all Anne, they hate you and your fellow Africans so much they they force all the bounty of social housing and welfare on you, and if you choose to work they will destroy the future of a white man or woman to fill the quota of poorly educated, inept, badly socialised, pushy and aggressive immigrants that are essential for all successful economies.
The door is always open for you to leave Anne. Don't let it hit you on the arse when you go, will you?
Independent (UK) 5th September 2010
Discrimination against disabled people is rife in the UK, according to new research. At worst, disabled people are subjected to abuse and violence. At best, even the most well-intentioned people can ignore or patronise them.
Anne Strike knows all about this. She bridles as she recounts how a well-meaning lady patted her – a 41-year-old award-winning Olympic athlete – on the head, as though she were a child. "I was shopping with my son and he was calling for me, and a woman in her fifties walked over and patted me on the head, saying, 'Is that your son? Oh, you must be very brave.' I couldn't believe it – it was so patronising."
...
(b) When Strike moved to the UK from Kenya 10 years ago, she thought it would mark the end of a lifetime of prejudice. A bout of polio when she was two left her paralysed from the waist down, and many in her village believed her condition was a curse or a punishment from God. After using steel crutches and callipers, she arrived Britain hoping to get her first wheelchair, and equal treatment. "In Kenya they called me a cripple all the time. I haven't heard that since coming here, but people still treat you differently. Sometimes it's the way they look at you when they give you change in the shop, or speak to you as if you're hard of hearing."
Strike married her British partner, Norman, and settled in the UK. She is now a Paralympian wheelchair racer for Britain. In 2004 she became the first East African woman to compete in the Paralympics. While in some ways her story is extraordinary, her experience of casual prejudice is typical of that experienced by millions of disabled people every day in Britain.
For men and women such as Strike, the barriers are not so much ones of physical access, but mental. She says: "These are prejudices that are just so subtle, but they're there. I was once getting searched at an airport and someone said, 'Oh my God, I've never seen such a glamorous woman in a wheelchair before.' It's as if you shouldn't know about fashion or normal life. I want people to see beyond the chair."