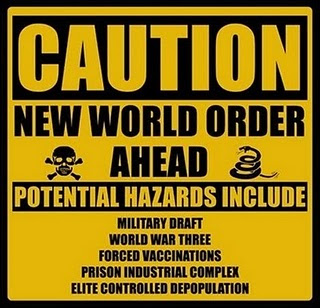 Oh dear.
To be on the safe side: buy some canned food, perhaps some method of cooking it (say a petrol stove), and something like a machete to defend yourself with. If you live in the US, you've probably done this if you're reading this blog. 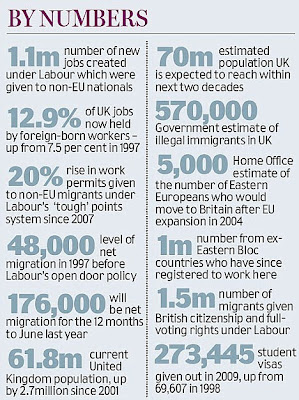 Daily Mail
We're reaching the end of the organised asset strip of the Western nations. The disintegration is happening. And right to the final crashing end, the gang of traitors will tell us that everything will be fine, we'll get back on track etc. That's as the £ loses value for trading with, and we see inflation eating away at the value of our money, the country is being filled to the neck with Islamists, Africans and other legal and illegal immigrants.


We're in trouble. The politicians will do nothing, except increase the liberal-fascist-communist dictatorship, to control the social discontent, until they can cut and run.

America and Europe face the worst jobs crisis since the 1930s and risk "an explosion of social unrest" unless they tread carefully, the International Monetary Fund has warned.

"The labour market is in dire straits. The Great Recession has left behind a waste land of unemployment," said Dominique Strauss-Kahn, the IMF's chief, at an Oslo jobs summit with the International Labour Federation (ILO).
He said a double-dip recession remains unlikely but stressed that the world has not yet escaped a deeper social crisis. He called it a grave error to think the West was safe again after teetering so close to the abyss last year. "We are not safe," he said.
A joint IMF-ILO report said 30m jobs had been lost since the crisis, three quarters in richer


Oh dear.
To be on the safe side: buy some canned food, perhaps some method of cooking it (say a petrol stove), and something like a machete to defend yourself with. If you live in the US, you've probably done this if you're reading this blog. economies. Global unemployment has reached 210m. "The Great Recession has left gaping wounds. High and long-lasting unemployment represents a risk to the stability of existing democracies," it said.
The study cited evidence that victims of recession in their early twenties suffer lifetime damage and lose faith in public institutions. A new twist is an apparent decline in the "employment intensity of growth" as rebounding output requires fewer extra workers. As such, it may be hard to re-absorb those laid off even if recovery gathers pace. The world must create 45m jobs a year for the next decade just to tread water.
Olivier Blanchard, the IMF's chief economist, said the percentage of workers laid off for long stints has been rising with each downturn for decades but the figures have surged this time.
"Long-term unemployment is alarmingly high: in the US, half the unemployed have been out of work for over six months, something we have not seen since the Great Depression," he said.
Spain has seen the biggest shock, with unemployment near 20pc. Britain's rate has risen from 5.3pc to 7.8pc over the last two years, a slightly better record than the OECD average. This contrasts with the 1970s and early 1980s when Britain was notoriously worse. UK jobless today totals 2.48m.
Mr Blanchard called for extra monetary stimulus as the first line of defence if "downside risks to growth materialise", but said authorities should not rule out another fiscal boost, despite de


Oh dear.
To be on the safe side: buy some canned food, perhaps some method of cooking it (say a petrol stove), and something like a machete to defend yourself with. If you live in the US, you've probably done this if you're reading this blog. bt worries. "If fiscal stimulus helps avoid structural unemployment, it may actually pay for itself," he said.
"Most advanced countries should not tighten fiscal policies before 2011: tightening sooner could undermine recovery," said the report, rebuking Britain's Coalition, Germany's austerity hawks, and US Republicans. Under French socialist Strauss-Kahn, the IMF has assumed a Keynesian flavour.
The report skirts the contentious issue of whether globalisation lets companies engage in "labour arbitrage", locating plant in low-wage economies such as China to ship products back to the West. Nor does it grapple with the trade distortions caused by China's currency policy, except to call on "surplus countries" to play their part in rebalancing.
The IMF said there may be a link between rising inequality within Western economies and deflating demand.
Historians say the last time that the wealth gap reached such skewed extremes was in 1928-1929. Some argue that wealth concentration may cause investment to outstrip demand, leading to over-capacity. This can trap the world in a slump.
IMF fears 'social explosion' from world jobs crisis - Telegraph