Thatcher was a tool of International Finance interbred, nepotistic Zio-Communits. 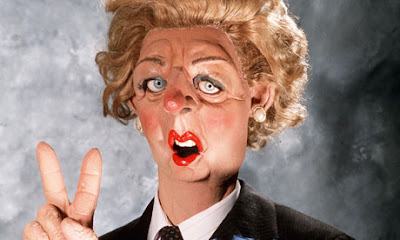 I hated Margaret Thatcher from the moment I first heard her voice in the mid nineteen seventies.

She was nothing more or less than the local agent of the City of London, whose purpose was to take British manufacturing, transport, Utility and Energy extraction and prouction and shovel it into the hands of International Finance.

The culmination of the Great Asset Strip, although begun in the nineteen fifties, of industries worth hundreds of billions of pounds, and vital to the broad economic structure, occurred under Thatcher, and was the point of the misery of the nineteen eighties, and the cause of the misery now.

Nothing - even direct theft got in Thatcher's way:

It was during Mrs. Thatcher’s second term that significant privatisations occurred. The time was right, public assets were large corporations that had become unpopular among the electorate. Many large privatisations, such as British Telecom(BT), British Gas(BG) and the Trustee Savings Bank(TSB), were sold through an Initial Public Offering (IPO). These stock foliations were staggered and provided large capital income for the treasury. This was key in achieving balanced budgets over many years, as the economy restructured. These stocks were undervalued at their IPO’s, which gave share holders immediate capital gains.

But was the TSB free to be sold? No, it was STOLEN from the members.

The TSB was dedicated to serving the community and effectively competed with the big clearing banks by successfully attracting deposits.

TSB served its customers well but retained some of its profits instead of passing them on to its customers by more competitive interest rates. So its reserves accumulated, had become very substantial, were in effect serving the community.

Ownership of the bank and its reserves became important when a Conservative government decided to 'privatise' the bank and convert it into a shareholder-owned profit-maximising bank just like the commercial banks.

A 1973 report had stated that if the banks are to be considered as mutual organisations without shareholders the depositors are entitled to the full value of the bank. (TSB 03}

The TSBs were freed from competitive restrictions in 1976 {TSB 05}. The 1981 TSB Act in turn states that the TSB can accept deposits, accumulate the produce and return the deposits and produce to the depositors after deducting any necessary expenses of management, but without deriving any benefit from the deposits or produce. {TSB 01}

The TSBs serve the community. Trustees are meant to ensure the TSBs are run for the benefit of their depositors and of the community, their assets being looked after by Trustees on behalf of the depositors.

But then the UK government decided to 'privatise' the TSBs, to sell them off, stating in the 1984 White Paper:

The TSB's assets were to be transferred to a public limited company before flotation {TSB 01}. This is how Andrew Murray commented in the Financial Times:

As it considers that the TSB belongs to no one, the government apparently intends to appropriate the assets by Act of Parliament, fix the price, make the sale and return the payment with the goods. In other words, the existing assets would be a free gift to the purchasers of the shares. {TSB 06}

The 1985 Act then took away the powers of the depositors. The bank is to be run first and foremost for its shareholders. {TSB 01}

And these bastards have the audacity to persecute organised crime. 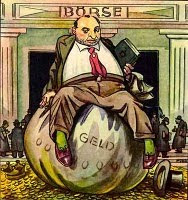 So, Thatcher for Dummies:

(i) Sell the assets of the country to the lowest bidder. (ii) Use the crude oil receipts from North Sea oil  to both pay for unemployment and buy of the middle class with comfortable public sector jobs (with the promise of early retirement, gilt edged pensions etc, which won't be honoured when the economy hits the skids). (iii) Rape out anything that can be liquidated, then run like hell to China, India or Israel.

Today there will be no real recovery: we in Britain are now a banana republic. There is nothing left for the great mass of people to do that will RAISE THEIR STANDARD OF LIVING, or even maintain it, nothing to improve their lot.  They are stuck on the minium wage, low tech, casual/part time service sector work. 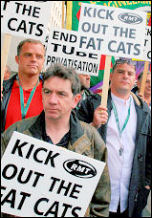 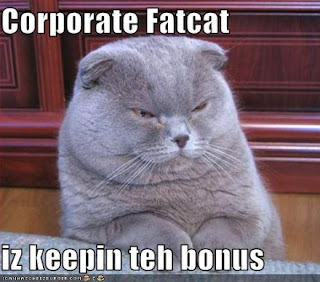 All the real structure of the economy - rail, electricity, natural gas, petroleum,  water & sewerage, docks and waterways - are in the hands of International Finance Capital globalist political psychopaths. They serve their purpose, which is absolute profit over all other concerns.

There is no real economy to recover. There is only TESCO, Virgin Cinema,  Shoe Zone and Greggs the Baker. And the Pound shops, selling substandard trash. Large swathes of the town centre here where I live are empty. There are no really productive jobs, making things to sell to others at home and abroad. 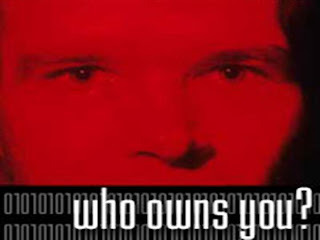 And now, having gained absolute control of the infrastructure they are busy raping the personal asset base of the middle class. Pensions, Houses, Stocks and Shares, all to be liquidated in a massive wealth transfer.

Then the destruction of the free and Christian West will be complete. 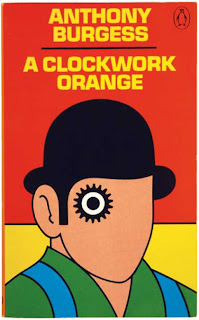 The Powers That Be have, using the fake Left/Centre/Right political paradigm,  created a system of communism below our feet, there for you to see it if you want to, a communism of the mega wealthy, interconnected, intermarried global Elite.  A small number of incestuous, nepotistic families rule the planet [click here for link]. They include US Presidents, British Royalty,  the Jewish Banking family of the Rothschilds, Bill Gates, Al Gore, Bill and Hillary Clinton, and Tony Blair. 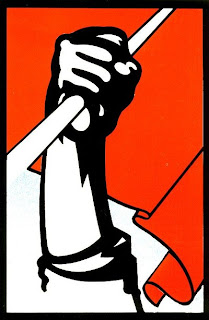 And Thatcher was up to her elbows in it. She has her fingerprints all over it. She was never placed into power to do anything but ease control from Parliament to the International Finance Mafia. She was traitorous in her actions. 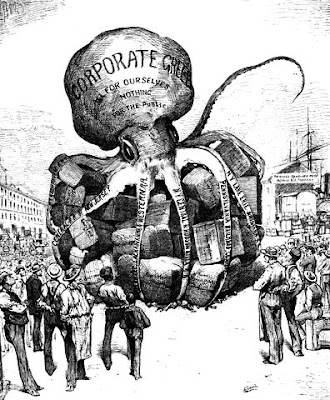 The Thatcher - Reagan axis was just another stage in the creation of the New World Order.

We have a gang of people, who have expropriated the assets of the people, set up their class into an self serving oligarchy, and direct every aspect of your life through finance, tyrannical laws and endlessly changing bureaucratic regulations.

Sounds like Communism to me.  here's the piece that caused this spleen venting:

On Friday evening, a tall, bespectacled 30-ish Englishman, Matthew Elliott, escorted Lady Margaret Thatcher into a reception at London's 800-year-old Guild Hall. Despite the fact that England is going through its worst economic crisis since Mrs. Thatcher became prime minister more than three decades ago, she was of good cheer as she conversed with those of us who had come to pay our respects. Perhaps a reason for her upbeat manner was that the ideas she (and Ronald Reagan in the United States) championed are once again gaining currency.

The good news is that those who believe in limited government and free markets are energized in both the United States and Europe. The bad news is that even the reform governments, such as the new British government, so far have not been sufficiently bold to do what needs to be done

Her secondary purpose was to finish the Cold War, as what could be sucked from the USSR had been, in terms of profits, and now was the time for a change in paradigms. See the history of Russia post Cold War under drunken bum and toe-rag of the Square Mile, Boris Yeltsin.