This has happened before, and will, until we change things, certainly again. Britain is riddled with those whose depravity knows no bounds, and there is always someone willing to supply whatever is wanted at a price.

There have been publicly well known cases - Kincora,Northern Ireland,  Islington, London, the Irish Republican Army, the Roman Catholic church, and recently Holly Grieg in Aberdeen  - where children have been supplied to senor and powerful public figures to sate their disgusting sexual depravities.

Here's the interesting questions: just WHO were these depraved animals producing and supplying child pornography FOR? Who placed this woman in the postition she held at the nursery? Why will she NOT identify the children? Why does the story focus on Blanchard and George? Who were the other three women? 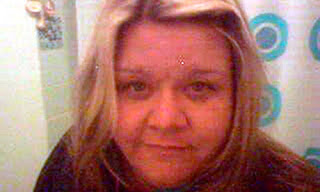 Members of the Plymouth Safeguarding Children Board, which carried out the review, found the inspection regime was a "tick box" exercise and called for the government to look at the way checks are carried out by the regulator.

The board also called for the government to examine the way community-based, privately-run nurseries like Little Ted's are run to make sure they are monitored properly and staff are well trained.

George had been guilty of "inappropriate behaviour" before she was caught, including showing members of staff adult pornography and boasting about her sexual exploits. Because she was a senior worker, other staff did not feel able to challenge her, the review found.

George, 40, from Plymouth, was jailed last year for abusing toddlers. Using her mobile phone, she photographed children in her care as she abused them and shared the images with her accomplice, Manchester businessmen Colin Blanchard.

Four women, including George, and Blanchard have been convicted of making and sharing images of abuse. Prosecutors said they were part of "one of the most sickening paedophile rings this country has seen".

So: how was this woman placed into this position? Who were the referees? Why was there no formal interviews held? Who sat on the board of trustees, who were the managers, who were responsible for the appointment and activities of this woman?

There are no records of the post being advertised, nor is there any evidence that references were taken up or that a formal interview took place.

It was a privately-run community nursery and new staff were often friends of managers or trustees. However, George did undergo a criminal records check and was found to be of good character.

Her fellow workers generally talk of George as a popular member of staff and – as one of the older workers – she quickly came to be seen as a figure of authority.

George's behaviour began to change from December 2008. The married mother-of-two was described from then on as "always seeming to be on the internet and chasing men".

Staff heard that George had offered a man sex for doing her car MOT and that she had sex on the moors for money. She also began to show images of adult pornography that were on her phone to other members of staff. Staff were embarrassed and worried – but did not take action.

This woman was procurer of child pornography for others, for money, just as the local drug dealer sells dope. Blanchard was the middle man, not the Mr. Big, whose job it was to supply George with money, and receive the pornographic material.


The images and video procured by George, and handled by Blanchard wasn't for their own exclusive use. Who is the next person in the food chain, moving the pornography to those who want it?

It is suspected that Mrs George may have sent the images on a disk to Mr Blanchard, who emailed them to others.

"It is difficult to identify exactly who is in the images at this stage.

"The starting point of the investigation was internet based. In an investigation of this nature there is often a chain of communication and passing on of images.

"We received information yesterday about the receipt of indecent images and searches are still on going. There is naturally great concern in the community. We will make sure parents and the wider community are kept informed."

Really? So Blanchard paid for child pornography so he could just send the images to people in his address book  randomly?
Blanchard is the key, he new the rats in the sewer and the rats in the positions of power:

Afterwards officers from the three forces involved in the investigation said Blanchard had been the “pivot” who linked George and Allen. He initiated the discussion of child abuse in conversations on Facebook and Microsoft Messenger by claiming to have been a victim himself. Police suspect that the three first made contact on one of the site’s many user groups before continuing their conversations via e-mail and text.

The Powers That Be like regular sex with children, believe it or not, it's true. There are thousands of adults who were raped and abused by the powerful. They obtain their prey with middlemen and now women. These Powers have a great deal of money, and most common folk  are bought with trinkets and pennies. Just like Kincora, just like the Vatican,  just like Islington, just like the IRA, just like Hollie Greig.