Yemen: the next target of the CIA, and the next International Aid from the UK.

Britain is part of a worldwide conspiracy, the purpose of which is to install a New World Order, consisting of a World Government, from the rubble of the United Nations, operated by the Communist-Zionist-Talmudic global corporate elite bloodline families. 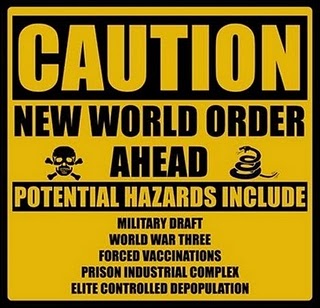 The US wants an Empire, just like the British Empire. It wants to control the world, to crush opposition to the envisaged New World Order. In practicable terms, controlling the "gateways" of the world, like, say, Gibraltar and Cyprus (as the UK does) controls the Mediterranean Sea, and the northern end of the Suez Canal, get it?

Yemen, when it was controlled by Britain, was known as "Aden".With Yemen in the grip of the US military and CIA/MOSSAD/MI6, all traffic between the Indian Ocean and the Mediterranean Sea, via the Suez Canal, is completely controlled.

And they are to be brought under the control of the Anglo US axis by all means necessary.

In addition to adding new urgency and a fresh dose of hysteria to the flagging war on manufactured terror, the toner bomb plot has provided an excuse to rationalize the global reach of the CIA.


“Allowing the U.S. military’s Special Operations Command units to operate under the CIA would give the U.S. greater leeway to strike at militants even without the explicit blessing of the Yemeni government,” or the American people who, as usual, remain woefully uninformed.

Exploiting the obviously contrived Yemen toner bomb plot (see Paul Watson’s article today) as an excuse to shift more operational control to an unaccountable CIA would reduce conflict between the CIA’s National Clandestine Service and the more clandestine parts of USSOCOM. It would also consolidate operations.

We are told the Obama administration is behind the effort to put the CIA’s “elite U.S. hunter-killer teams that operate secretly” inside Yemen, but the effort transcends any perceived rule by the teleprompter reader in chief.


According to the London Guardian, Awlaki is now the “prime suspect” in the cargo plane bomb plot. He is also fingered as the mastermind by BBC News, and the London Telegraph amongst others. The man who allegedly made the ink toner cartridges that were later claimed to be deadly explosive devices was Saudi Arabian-born Ibrahim Hassan Al Asiri. Al Asiri is “in regular contact in Yemen with radical cleric Anwar Awlaki,” reports the Daily Mail.
As we reported last month, every indication points to American-born cleric Awlaki being a double agent working for US intelligence. He has been involved in almost every terror plot over the last couple of years, from directing the underwear bomber, who was allowed to board the plane by order of the US State Department aided by a well-dressed man who got Abdulmutallab on the airliner despite the fact that he was on a terror watchlist and had no passport, to advising Fort Hood shooter Major Nidal Malik Hasan. Authorities have engaged in a cover-up of what happened at Fort Hood after they ordered Private Lance Aviles to delete cell phone footage of the attack.

And of course, once Yemeni society has been ruined by the covert CIA/MOSSA/MI6 terror campaign, the probable civil war sparked by both covert and direct warfare, we will need to "democratise" and "rebuild" Yemen.

A gathering in Riyadh next February was possibly "the last chance" to turn things around in Yemen, Mr Duncan said.

He warned that the country was at risk of sliding into "chaos", allowing al Qaida to flourish and present a security threat to the rest of the world.

In a speech to Chatham House in London, Mr Duncan said the cargo plane bomb plot demonstrated the need to tackle Yemen's problems on an international level.

"The lesson from other countries is that if we sit around and analyse a country on the edge of collapse for too long, by the time we decide to do anything about it, it's already too late," he said.

"That may be just where we are heading with Yemen."

Mr Duncan said Yemen was "high" on the coalition Government's agenda and of particular interest to the National Security Council.

"Yemen in collapse could lead to a litany of chaos - no water, no energy, no food, civil strife, al Qaida flourishing, increasing radicalisation, and a regional and international threat both to world energy supplies and to many nations' security," he said.

But he called for the international community to help tackle problems like poverty, disease and lack of education rather than wielding "a big stick".

"There are two ways Yemen's problems could be approached," he said.

"We can either address the underlying causes of poverty, grievance, joblessness and governance, or the international community could begin to start shouting and wave a big stick.

"For us in the coalition Government and (the Department for International Development), we are going to put development at the heart of an integrated approach for Yemen."

A ministerial meeting of the Friends of Yemen in the capital of neighbouring Saudi Arabia had the potential to be "a major turning point" for the country, he said.

"We don't have long. The next Friends of Yemen meeting in Riyadh is in February, only a few months away," he said.

"More than any other meeting before it, the Friends of Yemen meeting in Riyadh is possibly both a golden opportunity and the last chance there will be to address Yemen's problems before it is too late."

Mr Duncan added: "The next two months in the run-up to Riyadh are crucial, and the rhetoric we've all been hearing must now become reality."

There you go then. CIA creates the problem, the Yemenis react, he UN/NATO/Zio-Communists offer a solution. Another part of the jigsaw, placed into the great picture.
If I thought that this is just a good hard kicking for the Moslems, keep them in line etc, I wouldn't give a toss, as Islam is a viscous cruel and savage pagan religion, that, had it never existed, the world would not be any the less interesting.
But this merely about control, on a scale unknown by man before. This is about changing the world, in the favour of the global ruling elites, who want to be the iron shod boot smashing us collectively in the face forever.  Islam stands in the way of this, as did Christianity at one time, and what the powerful cannot adapt to their purpose - like Christianity - they will destroy, as they are Islam presently.
Yes, the Tories will cut whatever services are to be left after the recent cuts, and shovel money into yet another black hole, in the Middle East, all on the orders of the City of London (Finance), Washington DC (Military) and the Vatican (Spiritual), all in the name of creating a New World Order.

Is that an Eye, all seeing, above the letter "I" ?