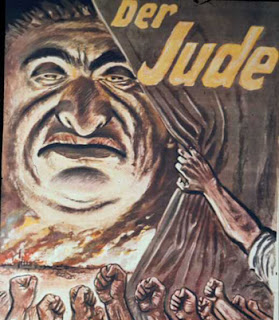 The Frankfurt Institute is behind the great social changes in the nations of the west since WW2. It is a COMMUNIST, JEW body whose intent is to destroy the West, and to remove the White folk from the face of the planet.

Read these if you have never heard of it:

Griffin's to yellow to say "Jew",so replaces Jew with Communist (which these Jews certainly were)  but he's right (taking that into account):

For the past fifty years, it has been a deliberate State policy throughout the Western nations to destroy the role of the family, and to separate the act of conception from the long term role of the Father.

First the abortion act and the free supply of contraception.
Secondly the destruction of the moral order, via abortion and contraception, and the opening of trades and careers to women as an ALTERNATIVE to motherhood.
Thirdly  the reworking of the welfare and local authority housing system to deliberately negate the social, economic and financial facets of the family.
Finally the Legal system has made fathers second class citizens in the family courts, barring access to the father's of children where divorce or separation has arisen  on the slightest cause.

Fathers were simply made an unessential part of society, except for their role as sperm container and applicator.

And the birth rate has plummeted. So came the necessity for mass immigration - see? This all happens in the sixties as the baby boom children of the post WW2 era came into working age, so would marry and themselves have children, negating the long-term need for Negroids and Asiatics to permanently reside in the UK..... and making it far harder to rape the economy, and destroy the white race.

The Jew wants a permanent end to the White race, and it's replacement will be a degraded, racially mixed mud people, ignorant, retarded, with no history, no culture other than that doled out by the Jew Media giants.

Recently, you'll remember that the Tories have repeatedly about cutting Welfare benefits: each time they've backed down. Why?

Negroes, and ESPECIALLY polygamous MOSLEMS would suffer hardest under any cuts to the Welfare system. Who, realistically, could have twelve children, or three wives and fifteen children and support thm from working?

So to hear this piece of interbred elitist trash lecture us on family and fatherhood is sickening to say the least:

19th June 2011
Absent fathers must be treated by society in the same way as drink drivers, David Cameron argues today. The Prime Minister, defending the traditional family in an article marking Father's Day, says Britain should be made a "genuinely hostile" place for fathers who abandon their families.
Mr Cameron also reiterates his promise for tax breaks for married couples, a Tory manifesto policy which has yet to be introduced.
"I want us to recognise marriage in the tax system so that as a country we show we value commitment," Mr Cameron writes in The Sunday Telegraph.
He adds: "It's high time runaway dads were stigmatised, and the full force of shame was heaped upon them. They should be looked at like drink-drivers, people who are beyond the pale."
http://www.independent.co.uk/news/uk/politics/cameron-condemns-absent-dads-2299751.html