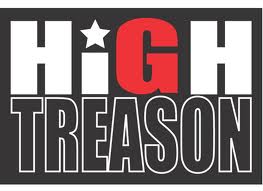 The governments of western Europe have carried out endless acts of treason against their own people for at least 100 years. Their actions have been in direct opposition to the good of their own people, to their national interest, and more broadly to the world (actions cause reactions).

An Elite of European based, globalist, internationalist, liberal-fascistic political psychopaths have used war - 1914 - 18, 1939 - 45, the Cold War, Afghanistan in the eighties, Gulf war I and II, now the destabilisation in the Mediterranean and Levant - and global structures based around NATO and the UN - to create what has always been the dream of Elitists : a  New World Order, risen from the ashes of chaos they themselves have created.


"The oligarchs - and a few lawyers and priests and so forth who lived on them - are the lords of the earth. Everything exists for their benefit. The ordinary people, the workers - are their slaves. They could do what they liked with you. They could ship you off to Canada like cattle. They could sleep with your daughters if they chose. They could order you to be flogged with something called a cat-o'-nine tails. You had to take your cap off when you passed them. Every oligarch went about with a gang of lackeys. Salvation Army, Roman Catholics, Jews, Indians - and other sorts - were lackeys, parasites, flunkies of the ruling class."

The media have begun to spin this - after false start - and are whipping up the same kind of fears that were so succesful after 9/11 and 7/7. The boogiemen now, of course, are not Moslems - brutal and vicious as they are, were mere patsies in the grand scheme of 9/11 and 7/7 - but white European "right wing extremists".

The largest section of the RECORDS DEPARTMENT, far larger than the one on which Winston worked, consisted simply of persons whose duty it was to track down and collect all copies of books, newspapers, and other documents which had been superseded and were due for destruction. The hunting-down and destruction of books had been done with thoroughness and it was very unlikely that there existed anywhere in Oceania a copy of a book printed earlier than 1960. Books were recalled and rewritten again and again, and were invariably re issued without any admission that any alteration had been made. Even the written instructions never stated or implied that an act of forgery was to be committed: always reference was to slips, errors, misprints, or misquotations which it was necessary to put right in the interests of accuracy. But actually it was not even forgery. It was merely the substitution of one piece of nonsense for another. Statistics were just as much a fantasy in their original version as in their rectified version. A great deal of the time you were expected to make them up out of your head.
http://www.orwelltoday.com/past.shtml

The Elite merely creates the new meme, their fellows in the media publicise and propagate it, it becomes accepted, the past forgotten.

Norway – The double standards of the Marxist Liberals
By Maid of Kent – After the shocking massacre committed last Friday in Norway by fanatic Anders Behring Breivik, the Marxist ‘Liberal’-dominated media in Britain have had a field day in their attempts to connect Breivik to ‘far-right’ groups in the UK. Naming these groups as the EDL and with no evidence to support their claims, including the name of the British National Party in their biased articles and news reports, the Marxist ‘Liberal’ media reveals a blatant attempt to blacken the name of the British National Party and associate us with the monstrous crime committed by Breivik.
With the inference that these ‘far-right’ groups are extremists, the mainstream media conveniently ignores the fact that the policies of the British National Party are not ‘far right’ by any measure, and, before the decades of forced cultural Marxism, our policies were considered normal commonsense measures necessary for the preservation and health of our nation and people and were actively pursued by the Lib/Lab/Con parties themselves.
Their evil attempt to associate the British National Party with a mass murderer in order to brainwash their audience into thinking that our party and its members and supporters are all willing and capable of emulating these wicked deeds reveals the determination of the Marxist ‘Liberal’ establishment to destroy any legal and valid opposition to their unpopular and destructive policies.
Perhaps the most revealing aspect of the Marxist ‘Liberal’ media reports and the response from the Lib/Lab/Cons and their associated political parties in occupied Europe is their condemnation of all Nationalist parties and movements throughout Europe, linking us all to extremists and terrorists and, in an article in the Daily Mail, even to German Nazis.
As any reasonable and unbiased person will know, Nationalism is not about far-right or far-left politics, or any politics in between. Nationalism is the wish to preserve your people and their culture and traditions and to see your people live in peace and prosperity in their homeland.
This is not an unreasonable wish and appears to be acceptable to the Marxist ‘Liberals’ where non-European countries are involved, but becomes unacceptable to them when we demand the same.
However, the most breathtaking hypocrisy is revealed by the Marxist ‘Liberal’ reaction to this horrific massacre in Norway compared to their reaction to similar terrorist massacres perpetuated by Muslim murderers.
While the mainstream media has invited opinion from every hysterical Marxist Liberal it can find to denounce the ‘evil’ Nationalist movements of Europe who refuse to see their countries and indigenous people subjected to mass invasion by people from alien and incompatible cultures, after the London tube and bus bombings in 2005, this same Marxist Liberal elite bleated that ‘we’ had to find a way to ‘open up a dialogue’ with the races and cultures that had produced the terrorist murderers to try to prevent similar events in the future.
With no hysterical condemnation of these alien invaders from incompatible cultures, who seek to change the British way of life through force and terror, but instead seeking to cravenly capitulate to their unacceptable demands by attempting to blame the invaded native population for not managing to ‘open dialogues’ and ‘finding ways to accommodate’ these invaders, the Marxist Liberal elite reveal their true aims and intentions, which are to suppress any indigenous dissent and to support the destruction of our native peoples and cultures by enforced mass immigration.
While Breivik is undoubtedly mentally unstable, more than possibly as a result of his Marxist-mandated unstable childhood – a childhood inflicted on millions of other Europeans in order to destroy our societies – this instability was no doubt intensified by a seething anger at what had happened to his homeland as a result of the European elitist plan to destroy the countries and people of Europe through the mass immigration of people from alien and incompatible cultures.
That many other native Europeans feel a similar seething anger has been ignored by the European elite and their political parties who force their perverted ideology and nation-destroying policies upon us.
Will these same political parties, including the Lib/Lab/Cons, seek to ‘open a dialogue’ with the disaffected and marginalized indigenous Europeans whom they have ignored for decades in order to prevent similar atrocities in the future? Will they attempt to ‘find ways to accommodate’ the wishes of the people that they were supposed to represent all along?
Don’t hold your breath. It’s one rule for the unwanted invading immigrants and another rule for the rightful inhabitants of Europe – the European people.
On the contrary, instead of seeking to open dialogue and finding ways to accommodate the wishes of the majority of native Europeans, these European elites and their political parties like the Lib/Lab/Cons seek to destroy legitimate and peaceful opposition to their policies by demonising Nationalist parties like the British National Party by attempting to associate us with despicable murderers like Breivik.